It is a common belief there is no such thing as colored diamond engagement ring. But it is just a myth.

The Smithsonian National Museum of Natural History has one of the rarest diamonds on Earth on display. And it is blue!

They come in many colors. It is true the colorless ones receive the highest grades. But they don’t always appeal to everyone.

Colored diamond engagement rings are becoming more and more popular. Not just because they are beautiful and rare. But also because celebrities are wearing them.

If you’re looking for something different, here are your best choices: 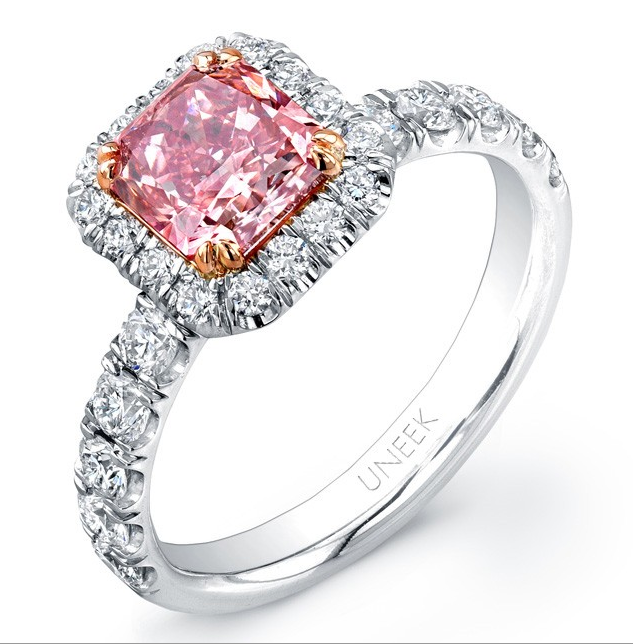 Pink diamonds are the rarest of them all. There is a chance you thought they weren’t even natural. There is only one commercial source of pink diamonds in the entire world. It is in the remote North West Kimberley region of Australia.

Take for example the Pink Star, formerly known as the Steinmetz Pink. This Fancy Vivid Pink colored diamond weighs a whopping 59.6 carats. It was auctioned off in 2013 and sold for over 83 million dollars, setting a world record.

The second most expensive diamond is pink – it was supposed to be sold for over 50 million dollars.

But the buyer, a New York diamond cutter named Isaac Wolf, couldn’t afford it. So the pink diamond was taken back by the auction house.

So, you can see that pink diamonds are the rarest of them all. But if you’re looking for colored diamond engagement rings, design matters. Here’s where you can find some of the best designs available.

Yellow – The Choice of Hollywood Celebrities

Yellow diamonds are rare as well. They get their color due to nitrogen molecules. They absorb blue light and turn the diamond from colorless to yellow.

If we’re referring to the niche of colored diamond engagement rings, 60% of them are yellow. Their hues, however, determine their value. The rarest of them are fancy vivid yellow and they cost up to 30,000 dollars a carat.

Here’s a selection of elegant yellow diamond engagement rings that will impress the woman you love – or any other important woman in your life.

Blue gems have a key a feature: They stand out. Their vivid color acts like a magnet for people’s eyes. No wonder they have been the choice of royalties for centuries. 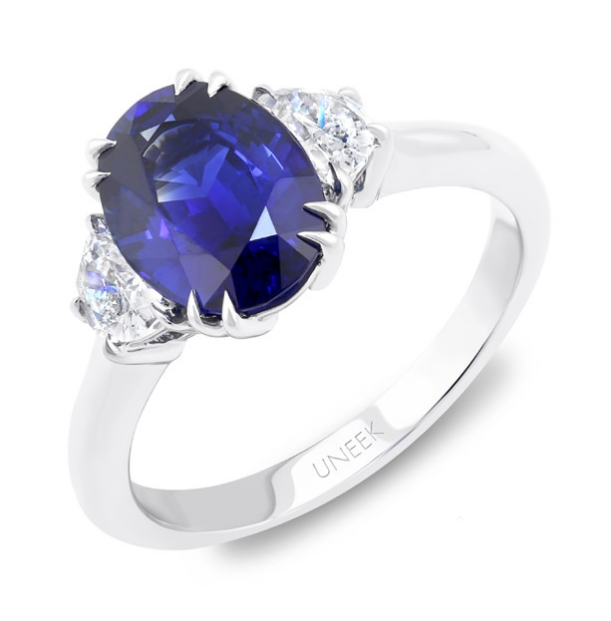 Blue diamonds and sapphires have more in common than just color. But there are key differences as well.

Blue diamonds, however, are rare. There are just two places in the world – Rio Tinto’s Argyle Mine in Australia and Petra Diamonds’ Cullinan mine in South Africa.

The royal blue sapphire is the go-to choice for many celebrities. The most famous of them all is probably Kate Middleton. But her ring was worn first by the late Princess Diana.

Uneek Fine Jewelry was established in 1996. You get intricate workmanship and breathtaking designs together with the finest choices of color and cuts. If you dream about a custom design, here’s how we can help you bring it to life.