A Short History of Diamonds

The love of diamonds and diamonds as a symbol of love is no new thing. A diamond’s splendor has been appreciated for centuries.

Our earliest recordings of man’s appreciation of diamonds dates back to almost 3,000 years ago, in India. Historians tell us that it was here where diamonds were first gathered by individuals from rivers and streams throughout the country and used for trade. The rare gemstone was desired by India’s elite, and as time passed and trade widened, these stones were introduced to increasingly wider audiences.

It is recorded that Alexander the Great brought back the first diamonds to Europe in 327 BC.

In the first century, Roman naturalist Pliny said of diamonds, “Diamond is the most valuable, not only of precious stones, but of all things in this world.”

Eventually, diamonds found their way to Western Europe in the caravans of merchants making their way to the markets of Venice. In Europe, diamonds saw increasing demand.

It is believed that the first diamond engagement ring given, was given by the Archduke Maximilian of Austria to his bride-to-be, Mary of Burgundy, in 1477. And, by the end of the 15th century, diamonds were in fashion among the European elite.

In the early 18th century, diamonds from India were in short supply, with demand now outstripping supply. With quantities waning in India, buyers were looking for new diamond sources. It turns out, at that very same time, gold miners in Brazil had discovered the precious stone amongst the gravel of local rivers. For the next 150 years, Brazil was the world’s primary diamond supplier.

In the following two centuries, there were significant shifts that took place in the distribution of both power and wealth, with Western European nations and the United States seeing large increases in affluence, making diamond affordability open to a much larger audience.

Toward the end of the 19th century, the diamond landscape began to look a lot more like the one we know today. It was in the late 1800s that diamonds were discovered in South Africa.

An 1866 discovery of diamonds in Kimberley, South Africa, led to the eventual establishment of De Beers Consolidated Mines by Cecil Rhodes. By the turn of the century, it was believed that De Beers controlled about 90% of the world’s diamond production.

In addition to South Africa, the 20th century saw diamond production from Zaire (Democratic Republic of Congo), the former Soviet Union, and Botswana. World diamond mining saw dramatic increases in the mid-1980s with the discovery of sources in Australia and again in 2000, with the discovery of deposits in northern Canada. 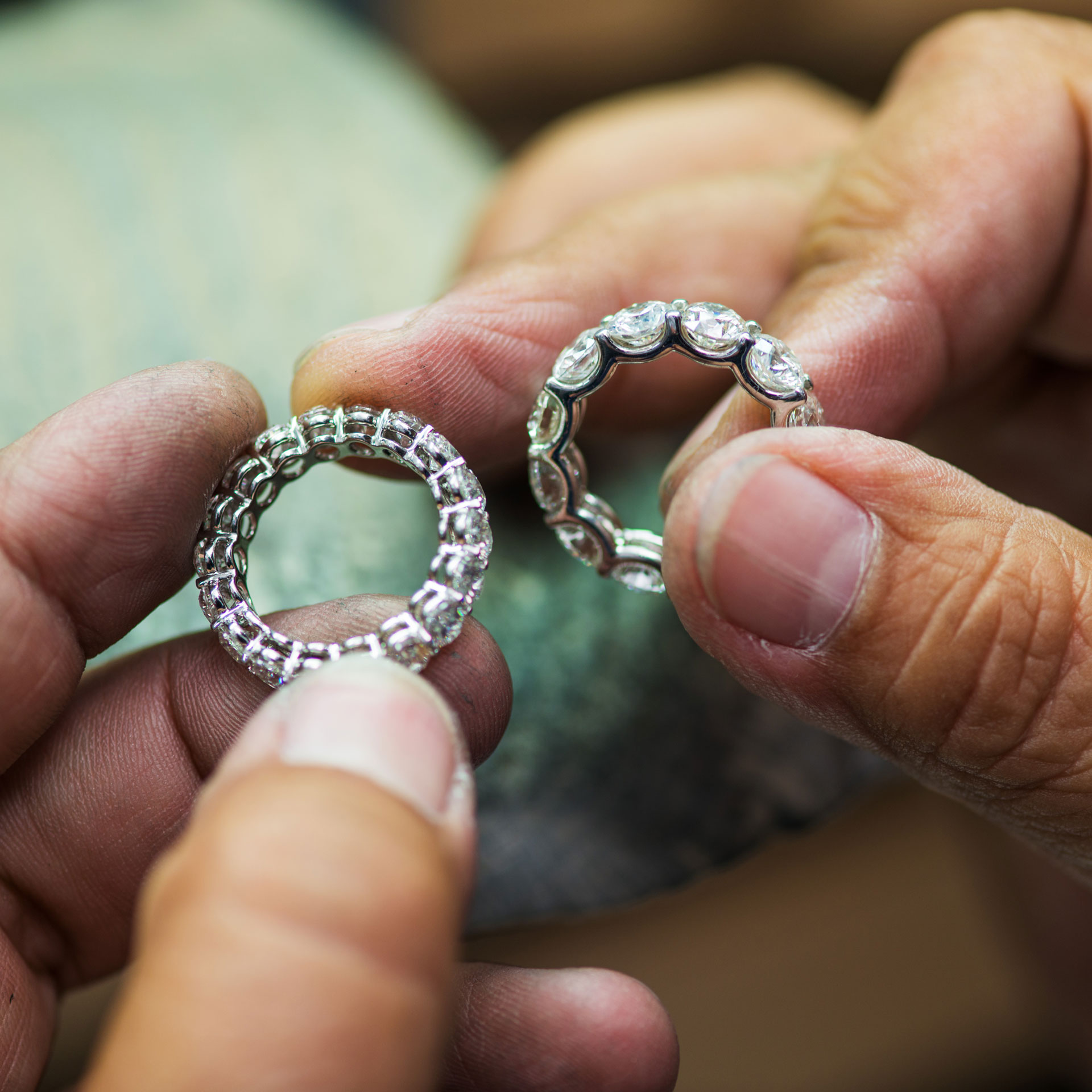 A diamond’s splendor has been appreciated for centuries. While sources have changed, mining methods have improved and accessibility has expanded to all of us, the rare and beautiful diamond continues to be an enduring symbol of love.

From the depths of the earth through the hands of skilled artisans, your diamond jewelry, purchased from Uneek Jewelry, is guaranteed to deliver that message of enduring love to that special person in your life.

The post A Short History of Diamonds appeared first on UNEEK JEWELRY.