Uneek Designer Benjamin Javaheri  is on fire: just a few days after scooping a 2017 InDesign Award for one of his Royal Blue Collection sapphire rings, he bagged two new editorial accolades at the Luxury by JCK shows in Las Vegas! 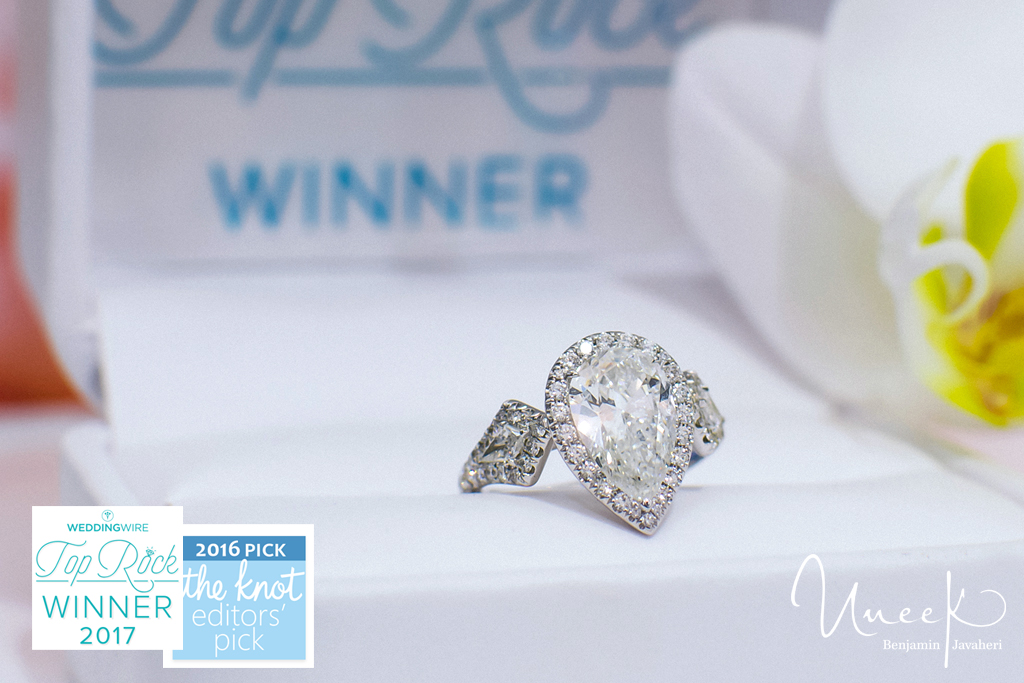 The first one came from WeddingWire, who picked Uneek’s pear-shaped diamond three-stone ring (style # LVS620PS, above photo) as one of their WeddingWire Top Rock 2017 winners. The second one came from the editors at The Knot, who awarded the company’s emerald-cut sapphire-center three-stone ring (style # LVS1016EMBS, pictured below, from our Royal Blue Collection) a The Knot Editor’ Pick 2017 badge. 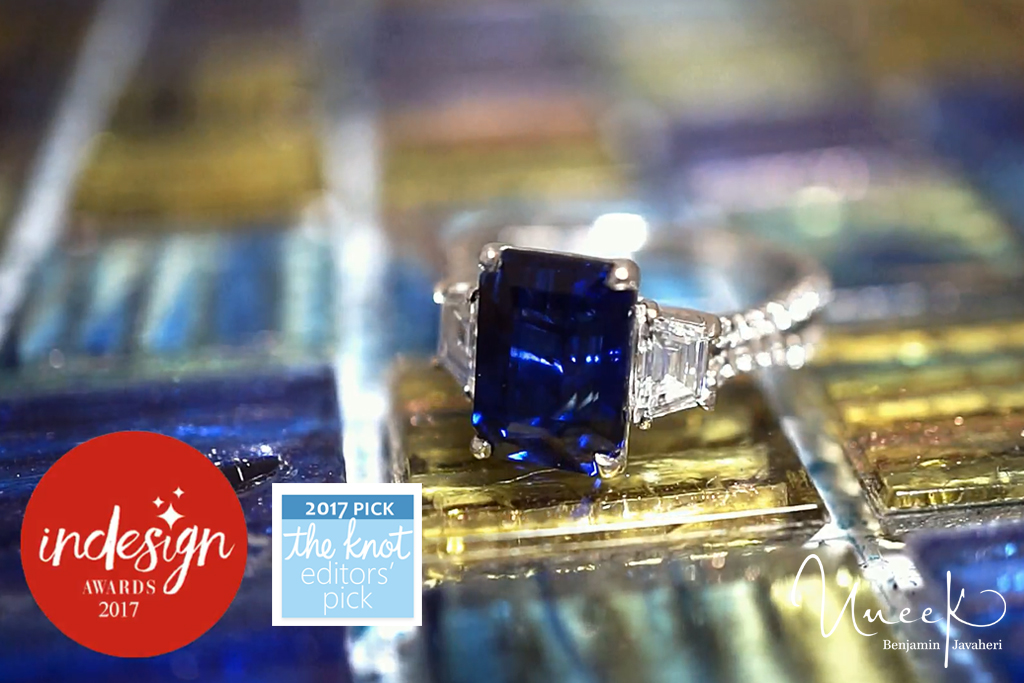 It is important to note that these two rings are no stranger to awards and accolades—the former was previously named The Knot Editor’s Pick (last year), and the latter was the ring that earned Javaheri his InDesign Award just last month. “I could get used to these ‘double whammies,’” shares an elated Benjamin. “They’re testament to the power of Uneek’s formula, which is mixing timeless style with innovative designs.”

We at Uneek consider editorial accolades to be just as meaningful as industry and/or design awards, since these editors and publications/outlets play a significant role in influencing the consumers. “I said this before, and I will say it again: having a piece I designed earn nods from bridal editors is just as good as any industry or design award,” says Benjamin. “And I am excited that, especially in these last couple of years, more and more editors and noticing my work! It drives me to design more original and innovative pieces and collections!”

Here is a video of the LVS620PS (yes, in the WeddingWire ceremonial box—we couldn’t resist!):

And then here is a video of the LVS1016EMBS:

Thank you, WeddingWire and The Knot, for your support!