A sapphire-and-diamond three-stone ring by Uneek Designer Benjamin Javaheri received one of the more prestigious awards at the recently concluded 2017 InDesign Awards Presented by InStore: the Retailer’s Choice Award under the Colored Gemstone Category.

Featuring a striking emerald-cut sapphire center (photo above shows a 4-carat center, but the following two photos feature a 6-carat center), flanked by trapezoid-cut diamond sidestones, the ring, designed to be an “alternative engagement ring,” is one of the newest style additions to Uneek’s Royal Blue Collection of sapphire-and-diamond pieces. It was the natural choice during the call for entries phase, as it had become a staff favorite at the Uneek offices the very minute it came out of the jewelers’ benches.

“It’s a classic example of the perfect dichotomy,” says Benjamin, referring to how a top view of this ring shows angular, geometric lines, which any fashion-forward woman will love, but a downward glance will reveal that the three stones are resting on a curvy, undulating pave double shank borrowed from the ring styles in his popular bridal collection, the Silhouette Collection (the “Silhouette shank” is inspired by the natural curves of a woman’s body).  It’s a highly original look that not everyone can conceive: sharp, architectural lines and fluid, sensuous organic shapes coming together to heart-stopping effect. 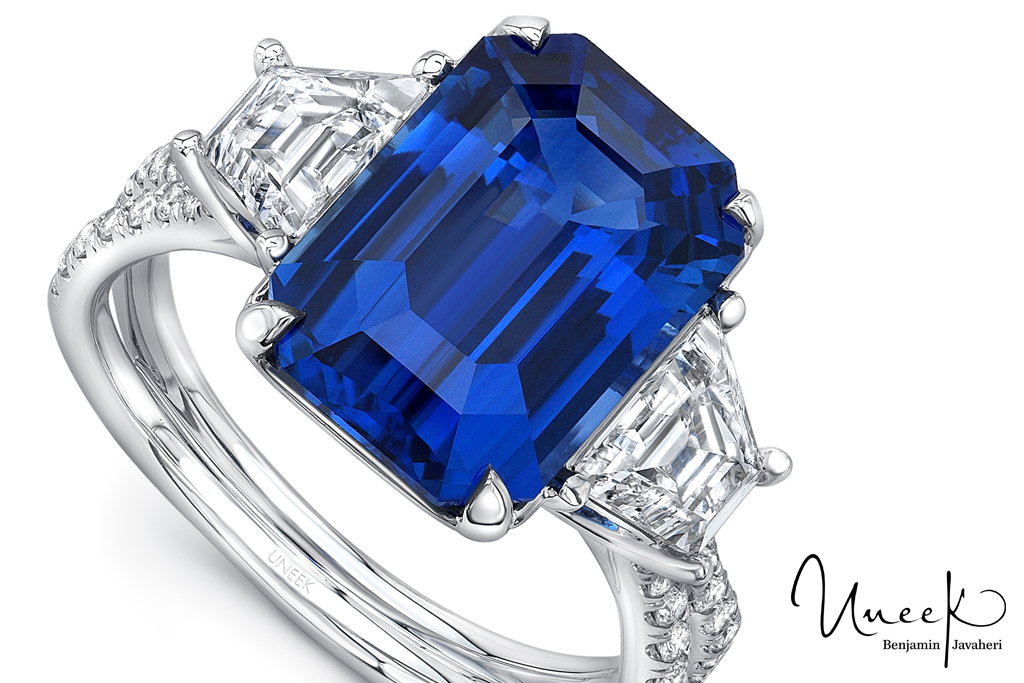 Of course, the retailers agree: Sheila Tompkins of Tompkins Jewelers in Ashland, VA, wrote: “This is what a jeweler dreams about! OMG, this is exquisite.”

Benjamin is no stranger to design awards, as he had racked up multiple awards over the past few years, making him one of the industry’s most awarded designer, but this award is his first award for a colored gemstone piece, since all his previous awards were for diamond one-of-a-kind pieces and diamond bridal pieces. “Since Uneek’s inception more than 20 years ago, I was focused on diamond and colored diamond pieces, and I would dabble in colored gemstones occasionally,” the designer shares, “but it wasn’t until three years ago that I decided to embrace sapphires completely and dedicate a whole collection to it. Now that collection—which we call Royal Blue—is almost as huge as my colored diamond collection, and every year, especially towards show seasons [beginning of the year for the Centurion show in Scottsdale, mid-year for the Vegas shows], we introduce more and more sapphire styles. Winning this award cements Uneek’s standing as an innovator not only in diamonds and colored diamonds, but in sapphires, as well.” 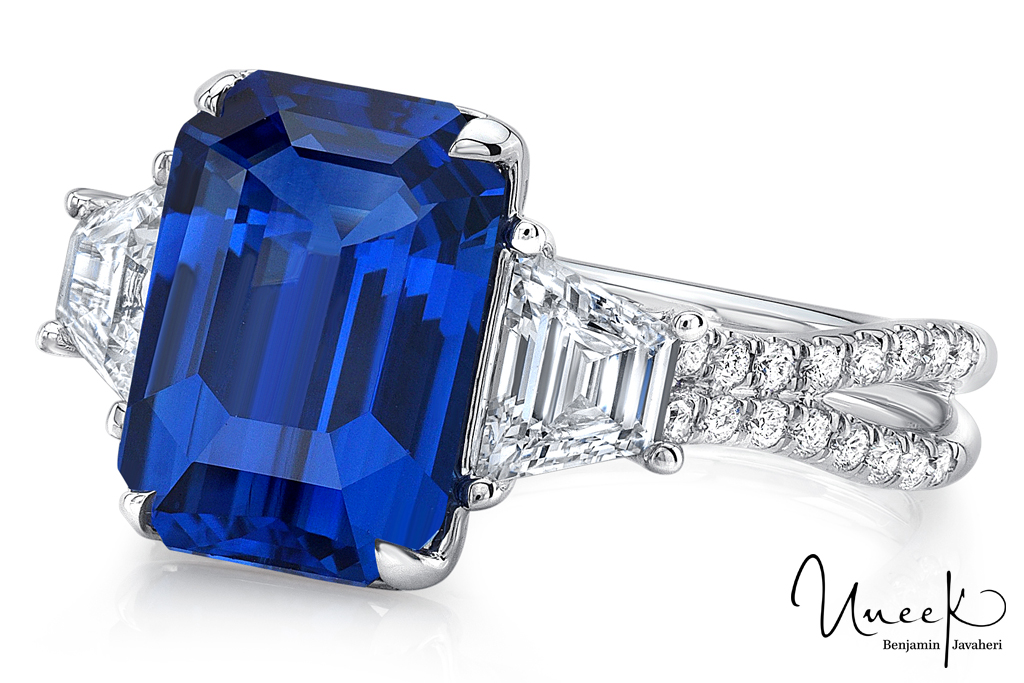 This ring style, as well as dozens of new Royal Blue Collection styles, will be on display in Uneek’s salon at the Luxury by JCK and JCK shows in Las Vegas, kicking off on June 2nd at the Mandalay Bay Resort and Casino. If you are registered to attend, please stop by to see the Uneek team at Salon LUX1325!

Here is a video of this winning ring featuring a 6-carat center:

And then here is another video, showing the version that has a smaller (4-carat) center stone: