4 Famous Love Stories & The Jewelry That Goes With Them

Some of the greatest love stories ever told are definitely not the smooth Rom Com’s we’re used to in this century. In the spirit of Valentine’s Day, we’ve set the clock back to reminisce on the legendary tales you probably first read in storybooks. While they don’t all have happy endings—actually none of them do—they do have compelling themes that are classic ingredients to any memorable narrative. In the fashion industry, we love a good theme so we matched some of our most powerful pieces to tell the stories of the past. 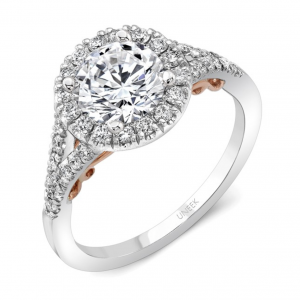 The Shakespearean classic about star-crossed lovers is one of the most studied romances of all time. In case you need a quick refresher from Lit class (or missed the ah-mazing 2013 remake feat. Hailee Steinfeld), Romeo and Juliet came from two rival families, the Montagues and the Capulets. It was love at first sight, but they knew their romance would be met with controversy.

To sum up the ending, in a tragic miscommunication both lovers end up taking their own lives. Let’s just take a moment to be thankful that the only messengers we need to rely on these days are the ones that slide into our DMs. After discovering the deaths, the rivaling families come together and build a beautiful gold statue to commemorate Romeo and Juliet, and the town lives in peace.

While this love story is far from a happy ending, we selected the Cancelli Round Diamond Halo Engagement Ring from our Amore Collection to embody the epic narrative. This stunning engagement ring features rose gold and white gold, two types of gold to embody the gold statues resurrected in their memory. The U-pave along the split shank portrays how Romeo and Juliet were torn apart by the feuding families. This style also features a delicate “southern gates”-inspired filigree design under the head which represents the estate wall that Romeo climbs over just before that famous “Romeo, Romeo, wherefore art thou Romeo” scene. Perfectly nestled in the filigree are two bezel-set surprise diamonds, just like Romeo and Juliet who hid their love until the surprise ending. If you’re a sucker for the classics and can look past the dark ending to understand how steadfast Romeo and Juliet’s love really was, this enchanted ring is a perfect capsule of the treasured tale. 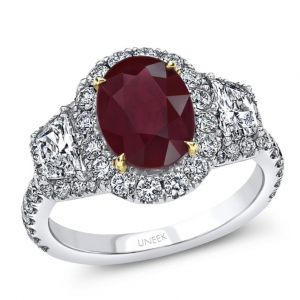 Maybe you don’t align with the lovey-dovey prose of Shakespeare, but you might be more intrigued by the fiery passion of Lancelot and Guinevere. These two lovers were caught up in an affair that was sure to split sides, including the 12 Knights of the Round Table and King Arthur (shook). Regardless of the potential big-time drama on the line, Lancelot and Guinevere couldn’t get enough of each other.

As most betrayals go, the two are eventually caught and Guinevere is sentenced to death. Pretty harsh, but these were different times! Lancelot becomes a total hero in the end and saves Guinevere. I wish the story ended there, but they both actually died alone after deciding their love was too intense for this lifetime.

To commemorate this overly enthusiastic couple, we chose a beautiful gemstone ring that blends an antique look with a modern spin: The Oval Ruby Ring with Diamond Halo and Trapezoid Sidestones. The ruby center stone features a deep hue that’s undeniably dramatic and romantic — just like L & G. The elaborate halo and trapezoid side stones are fit for a queen, which Guinevere was before her attention strayed elsewhere. The yellow gold setting adds a pop contrast to this white gold band representing the divide their romance caused between the various parties involved. We get it, not all love stories start in the perfect way, but they can have the perfect ending when you seal the deal with a beautiful ring like this one. 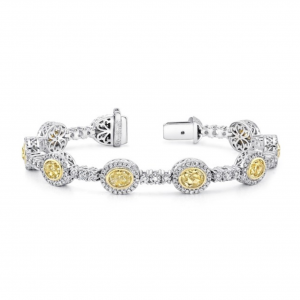 We wouldn’t be doing the best love stories of all time justice if we didn’t dip into some Greek mythology. The story of Orpheus and Eurydice covers all the mythology bases like love, death and how disappointing men can be when they don’t follow directions.

Orpheus’ Dad, Apollo, gifts him a lyre (basically that string instrument that you see cupid carrying) and tells him to play it to land his lady. Orpheus falls in love with Eurydice and they are so happily in love. Unfortunately, this love is short-lived because Hymen, who was called to bless the marriage, pretty much does the opposite and prophesizes that this marriage won’t last long. He obviously knew something because, soon after, Eurydice is bitten by a snake and perishes.

Orpheus is justifiably heartbroken so he treks down to the underworld to ask for a hall pass for Eurydice. After Orpheus gets passed the three-headed dog by playing his lyre, Hades is actually pretty nice about the whole thing. He gives Orpheus strict instructions to lead Eurydice out of the underworld to the light, but he cannot turn around and look back at Eurydice until she’s in the light. Obviously, Orpheus doesn’t follow directions and, thinking he’s been deceived, turns around to check that Eurydice is behind him. She gets swept back into the underworld and that’s that.

While this love story is just heartbreaking, we do love how music represents the beginning of such a happy, joyful love (while it lasted). From our Natureal Collection, we chose the Oval Yellow Diamond Bracelet with Shared-Prong Round Diamond Bar Links to tell this love story. Orpheus loved music and this bracelet almost mimics the music notes across a staff. This piece is highlighted by eight oval fancy yellow diamonds ensconced in yellow gold bezel cups. The color yellow represents the happy love that Orpheus and Eurydice shared, as well as the light in which Eurydice was instructed to walk towards to exit the underworld. Additionally, the romantic, intricate openwork filigree on the sides and the bottom of each link symbolize how complicated love can be, especially when you’re trying to reverse a snake bite situation. Even though Orpheus and Eurydice shared a fleeting love story, yours certainly won’t be when you slip into this beauty. 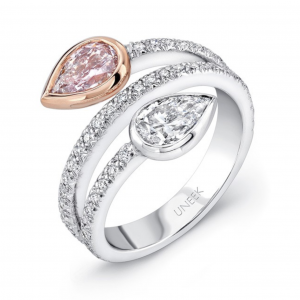 This narrative in our lineup is a story of decadence, love and power. Mark Antony was a Roman statesman who fell in love with Cleopatra, the Queen of Egypt. They had an obvious and extravagant affair, relishing in all the riches associated with being important leaders. Obviously, the affair angers a lot of people and Antony eventually feels pretty bad about it. He decides to instead marry Caesar’s (one of his buddies) sister, Octavia. This all seems like a great idea until Antony can’t resist himself and creeps back over to Cleopatra one day after sending Octavia on a peace mission (I know, the irony).

Long story short, war breaks out and Cleopatra basically bows out mid-fight. Antony is very disappointed that he got ghosted by Cleo, so he decides he’s going to kill her. Cleopatra gets wind of this and fakes her own death. Now, even though he wanted to kill her, when Antony learns that Cleopatra died, he rushes to her tomb and tries to kill himself (but is unsuccessful). The two share one last fleeting glance before Antony successfully ends his life. Cleopatra realizes things probably won’t go well for her at this point considering Caesar and his sister Octavia still aren’t her biggest fans, so she also commits suicide by letting snakes bite her (we’ll give her points for creativity). The kind-of-cute part of the story is that the two are buried next to each other.

We know this love story is a reach as far as romance goes, but the themes are powerful. We chose our Two-Stone Bypass-Split Ring from the Natureal Collection to manifest this chaotic love affair. Antony clearly wanted the best of both worlds, and we get that it’s hard to choose a side sometimes. When it comes to choosing your engagement ring, settling for one metal might be too hard as well. This beaut features two pear-shaped diamonds—one in white and the other in pink—and combines white and rose gold. What’s more, the distinctive bypass-split shank almost resembles the very snakes that Cleopatra used to take her life. For the gal who adores a vintage vibe and simply can’t settle on just one metal or stone, this unique ring adds the diverse flair you’ll love.

As Valentine’s Day approaches, we encourage you to reflect on how your jewelry tells your own narrative. As a Uneek woman, we know you aren’t afraid to let your story shine through your jewelry style. If you’re crossing your fingers for a proposal soon, then why not choose a ring that tells your story?

The post 4 Famous Love Stories & The Jewelry That Goes With Them appeared first on UNEEK JEWELRY.