Throughout our 25 year legacy, we’ve watched a wide variety of bridal jewelry trends come and go. The evolution of engagement ring styles continuously inspires us to set the bar high and design pieces that will stand the test of time. Whether you love a vintage-inspired style or you always have a pulse on the hottest trends, the transformation of engagement rings throughout the years demonstrates how trends come and go, but true fashion is forever. Let’s take a look into the past to see how engagement rings of yesterday have inspired the styles of today. 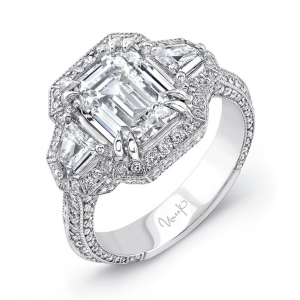 The Art Deco period’s geometric shapes and sharp lines took over in the 1920s and influenced everything from jewelry to architecture and furniture. The engagement rings from this era often featured clean lines and geometric designs consisting of smaller diamonds. Today, you can see this time period reflected in modern styles with micropave diamonds, milgrain details, and glamorous geometrical halos. 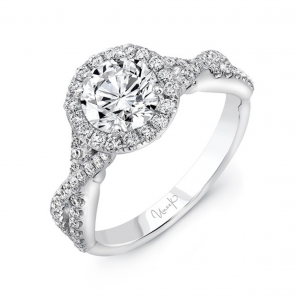 As the popular bold geometry from the Art Deco period matured, engagement rings took on a more modest size and shape with feminine embellishments like twisted bands. The focus pivoted to a large center stone rather than the intricate sums of fancy cut accent diamonds from the previous decade. 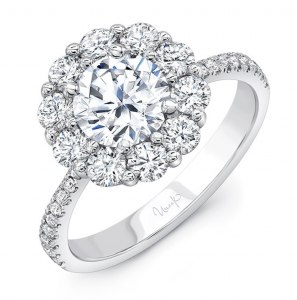 In the 1940s, round cut diamonds took the lead in popularity thanks to De Beers’ “A Diamond is Forever” campaign, changing the course of engagement ring history forever. You also begin to see more floral-inspired designs and a mix of metals, including yellow and rose gold, due to platinum shortages related to World War II. 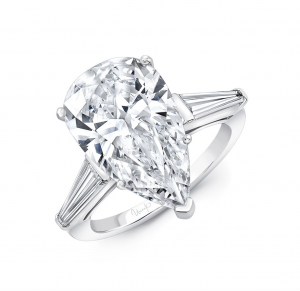 The unique pear-shaped diamond garnered attention in the 1950s, and center stones started to get incrementally larger. One of the most celebrated trends was to feature a large center stone accented by smaller diamonds – usually baguettes – on either side. Audrey Hepburn’s triple-band combo also set the stage for the future of mixed-metal stackables. 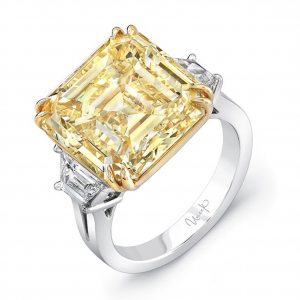 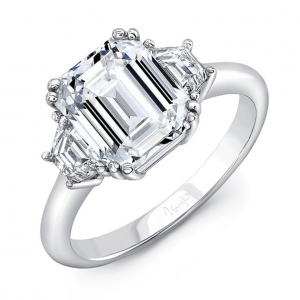 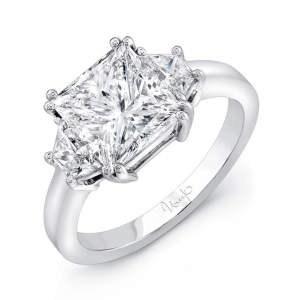 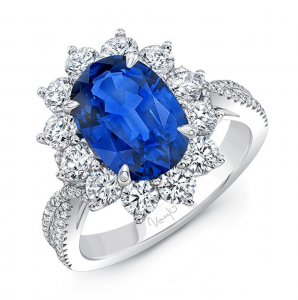 Princess Diana’s famous catalog pick of a sapphire and diamond engagement ring set the tone for the 1980s with a surge in colored gemstones such as sapphires, rubies, and emeralds. Elaborate fancy-cut diamond shapes, including pears, emeralds, and cushions, also gained popularity. 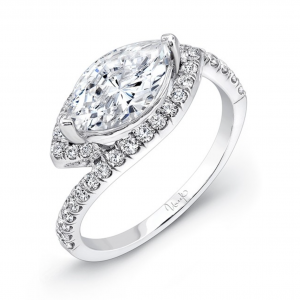 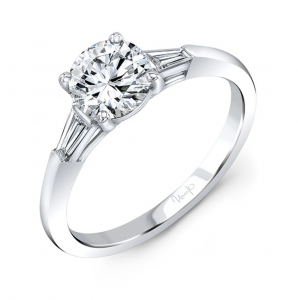 In the 1990s, white gold and platinum saw a rise in popularity. As engagement ring styles became increasingly diverse, edgy cuts like the marquise shape and a sleek solitaire setting with side stones were common. 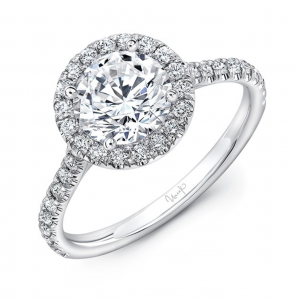 The momentum of white gold and platinum rings continued to gain traction in the 2000s. Modern twists on classic designs like a halo, three-stone, or solitaire were also in high demand for contemporary brides. 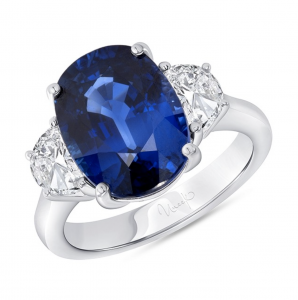 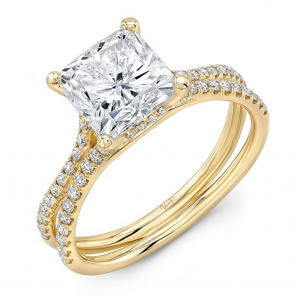 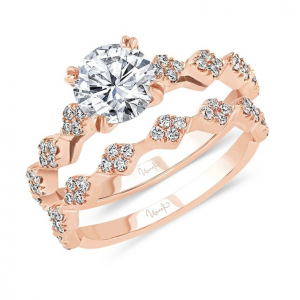 Thinner, pave-encrusted bands paired with cushion cut and oval cut diamonds were another popular style thanks to celebrity engagements like Sarah Hyland and Hailey Baldwin. Romantic rose gold also returned with the mixed metal bridal stack that allowed for a personalized combination. 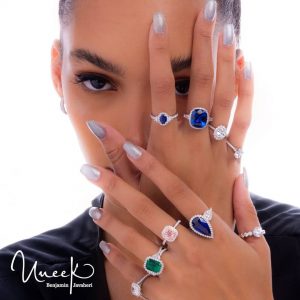 Only time will tell what the most loved engagement rings will look like in the decade ahead of us! At Uneek, our jewelry is carefully crafted to become heirloom pieces that will be adored for generations to come. Our collection of high fashion jewelry comes from a brilliant blend of old and new manufacturing techniques to bring our Uneek customers high-quality jewelry inspired by the classics and enhanced by contemporary tastes. For more timeless styles, we take a look at an exclusive preview of our Timeless Collection.