Congratulations to Cassie LaMere & Andrew Knieberg on their recent engagement! Read on for their engagement story at the Colony Hotel in Palm Beach, and see her beautiful Uneek engagement ring. 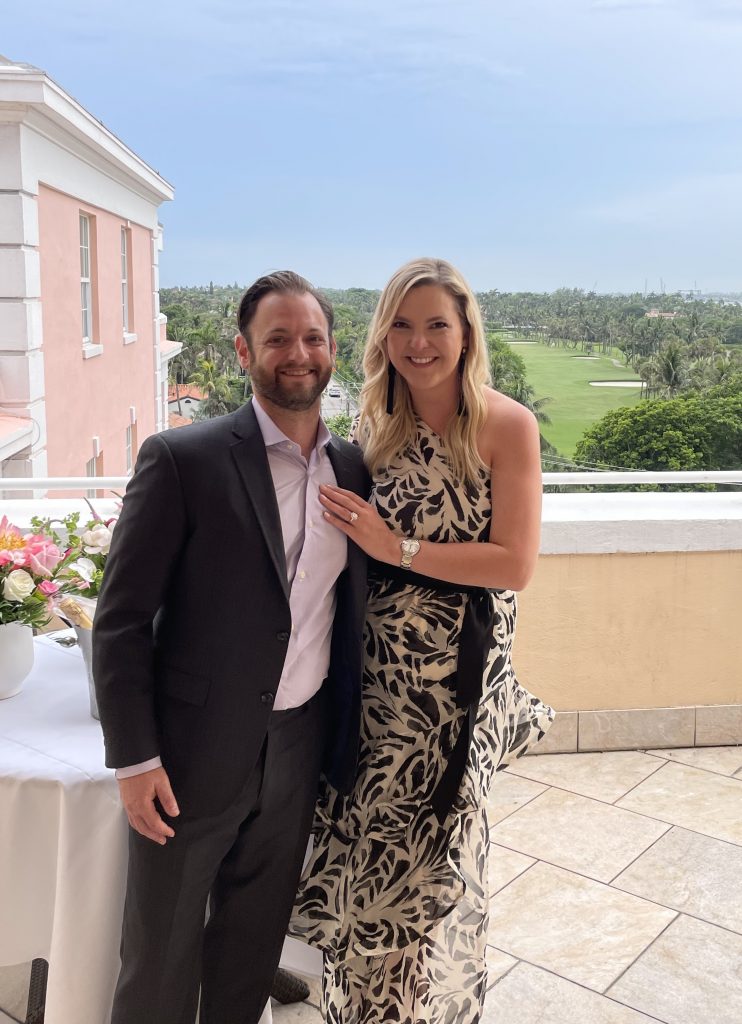 Andrew and Cassie were introduced by a mutual friend and it turned out, they only lived three blocks away from each other! Their birthdays are around the same time, so they always take a trip to celebrate together. Cassie was in Palm Beach for a conference, so Andrew joined her for a long weekend after the event. They stayed at the Colony Hotel in Palm Beach, a historic and beautiful hotel affectionately known as Pink Paradise.

Cassie is an event planner, so she set up a tour with the hotel’s events manager. She and Andrew got an insider’s look at the hotel, including an invitation to visit the Duke of Windsor Penthouse Suite. They were told that it was booked, but that they could pop up before dinner that evening to take a look. Little did Cassie know that Andrew had been orchestrating a proposal with the team at the hotel for weeks, and although he acted as though they were just meeting for the first time, they were all in on it! 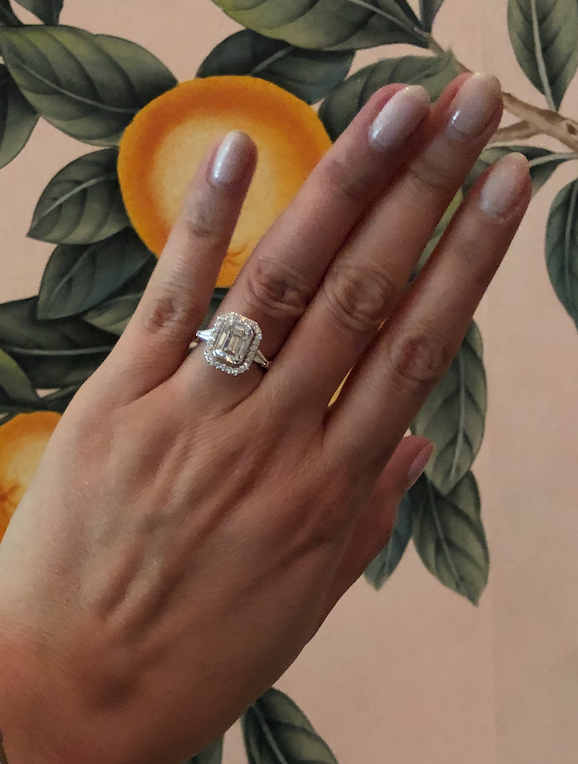 They stopped by the Penthouse Suite to watch the sunset on the terrace. There were gorgeous bouquets of flowers all around and Cassie’s favorite champagne. She thought Andrew had arranged all of it as a birthday surprise, but then he got down on one knee and surprised her with a sunset proposal on the terrace overlooking the city. 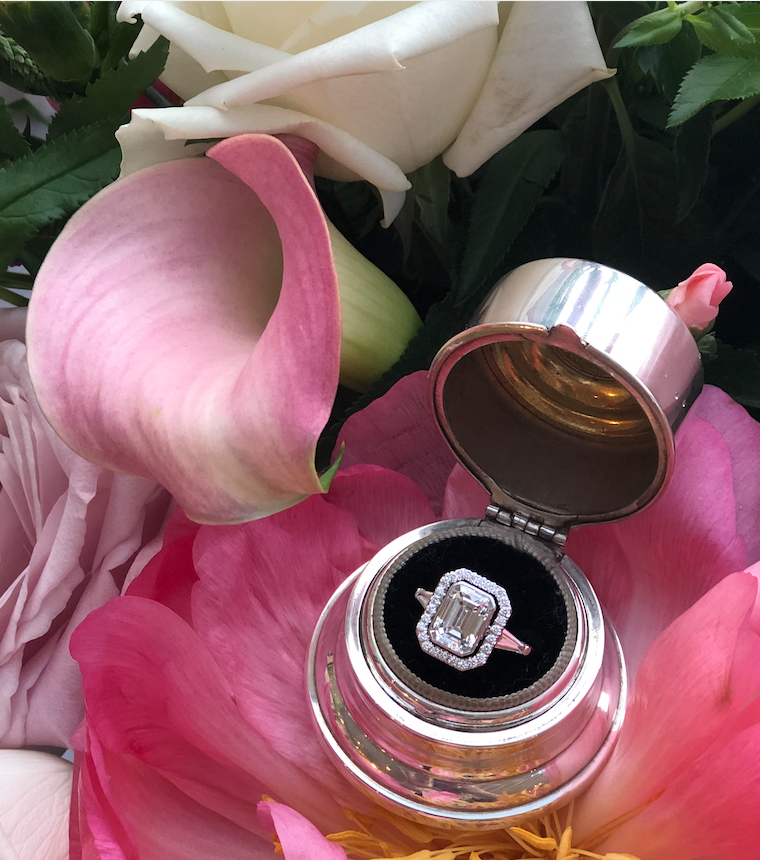 They designed the ring together, but Cassie had only seen renderings, not seen the final product. Cassie said about her ring: “To say I was blown away is an understatement. It was stunning! Andrew presented the ring to me in the most beautiful antique Sterling Silver ring box, which was a nod to my love of antique silver and is now the most treasured piece in my collection.”

They celebrated and enjoyed a picturesque summer sunset, and the Colony’s Beach Cruiser whisked them away to an elegant dinner of their favorite French cuisine. 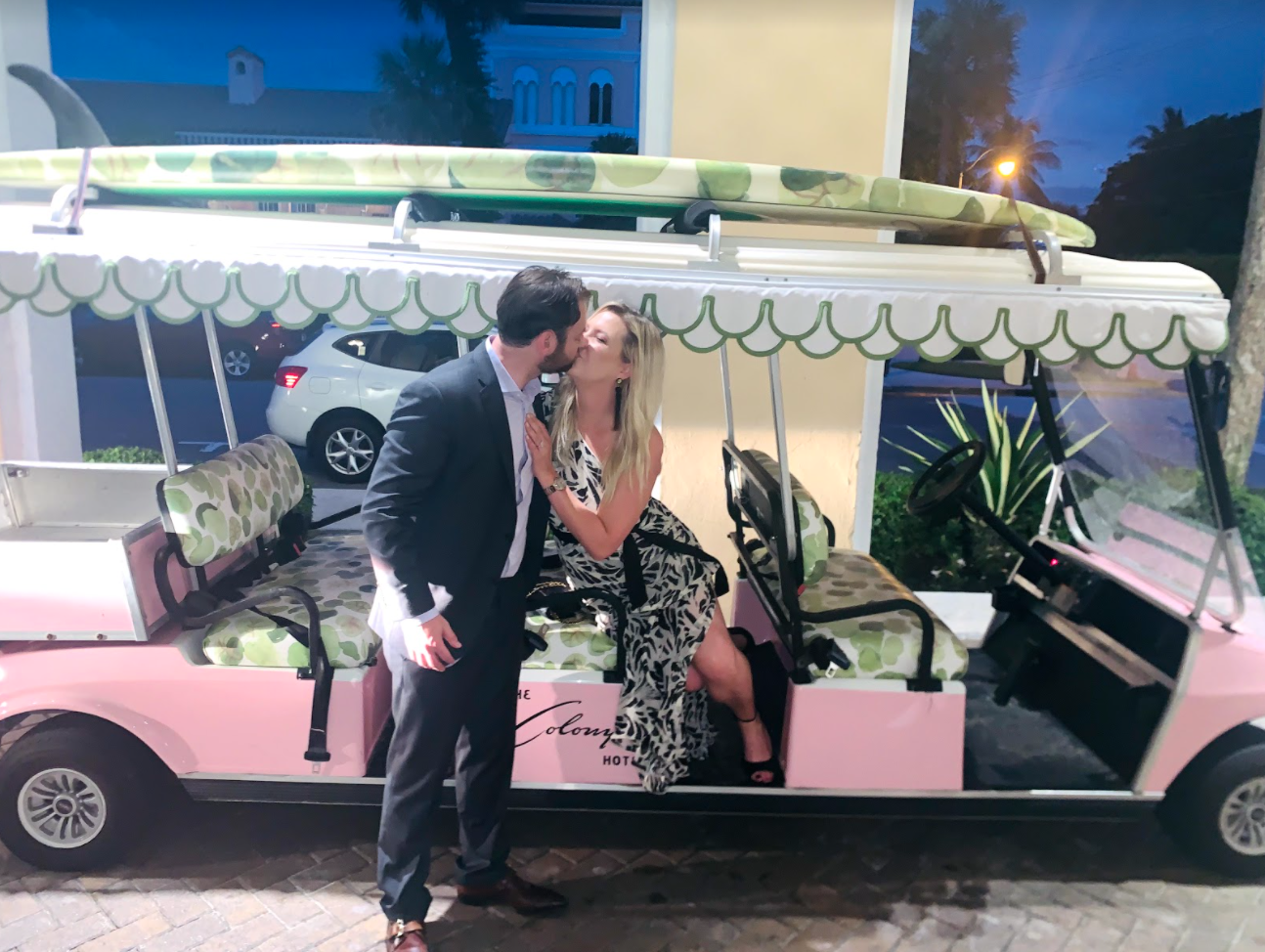